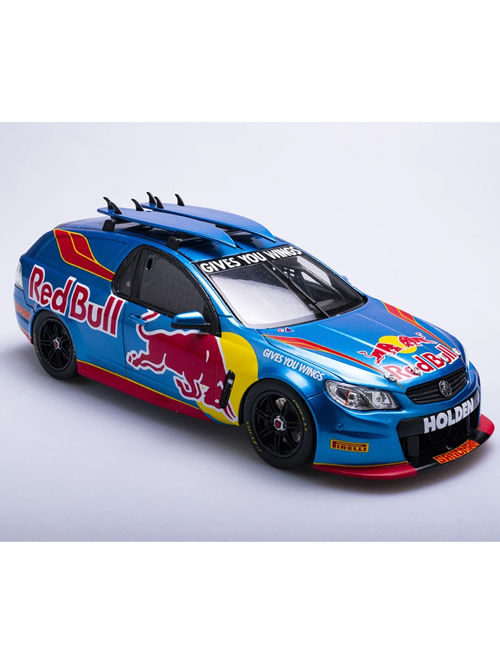 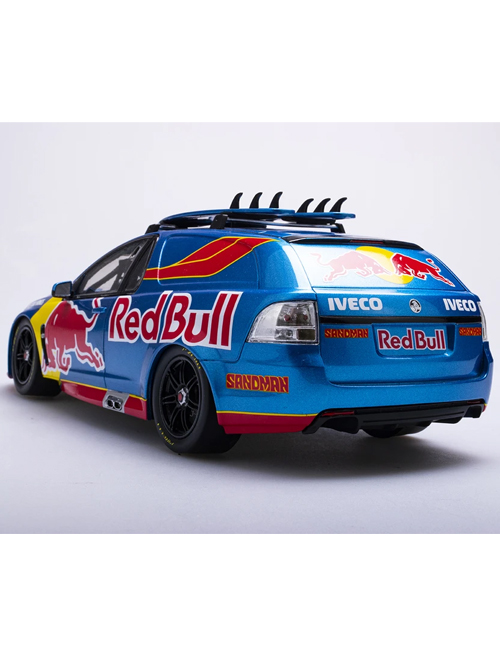 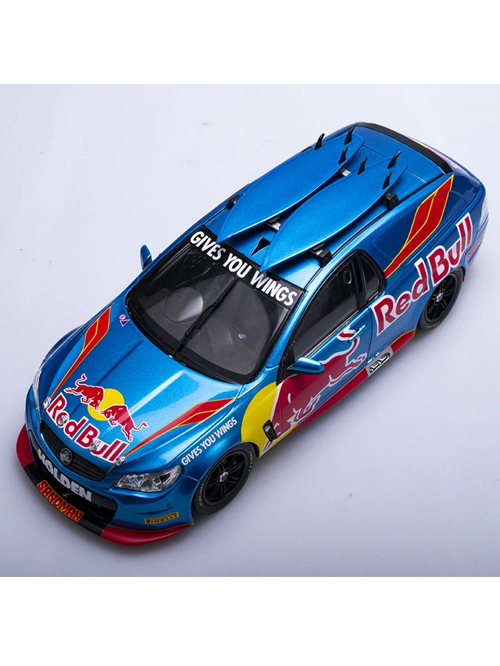 Available for pre order only. ETA at announcement: Q4 2020
Please Note: Both ETA and price are correct at listing. Both are subject to change without notice

THIS ITEM IS AVAILABLE FOR PRE ORDER ONLY.  Please be aware, this item is not currently in stock. It is a future release, and still in development. By placing a pre order through our website, you will secure this product when it becomes available. Please note, due to factory lead times it may not be available for a number of months.

Project Sandman was the ultimate tribute to a Holden that held a special place in the hearts and minds of Australia’s car-loving population. 2014 marked the 40th anniversary of the 1974 release of Holden’s Sandman, a special version of its panel van aimed directly at the youth market, a car that perfectly complemented Australia’s beach-bound lifestyle. To mark the occasion, Holden-backed Supercars Championship team Triple Eight Race Engineering created the Project Sandman Tribute Edition, revealed on the eve of that year’s Gold Coast 600.

The project had started in April 2014, Triple Eight working in conjunction with the GM Holden Design Department. On the outside it looked every bit the panel van it paid homage to – right down to a pair of carbon fibre surfboards on the roof! But beneath the bodywork lurked a real, pure-bred racing machine. Underpinning the Sandman exterior was one of Triple Eight’s former race cars; in fact, it was the chassis of the very Holden Commodore VF that Jamie Whincup had raced to eight victories during the 2013 championship season!  “We’re here after six months of development to reveal our secret project and what an honour to be a part of a Tribute Edition Sandman and have it race around the track this weekend,” Whincup said at the time. “The heart and soul of the car is a V8 Supercar and it’s an absolute rocket!”

Despite its retro styling, the former race car had also received a couple of technical upgrades. Gone was the sequential gearshift lever, replaced by paddles on the back of the steering wheel. The throttle cable was also replaced by an F1-inspired electronic fly-by-wire arrangement. The original 5.0-litre Supercars-spec engine was also soon replaced by a 5.7-litre unit capable of producing over 700 horsepower, with a range of guests having the opportunity to belt in alongside Triple Eight drivers for hot laps in the impressive beast.

This model will be produced in an exclusive limited edition based on pre-orders received and is presented in special packaging along with a numbered Certificate of Authenticity.

Available for pre order only. ETA at announcement: Q4 2020
Please Note: Both ETA and price are correct at listing. Both are subject to change without notice